Development of the Action Plan

The German government began developing the National Action Plan for Business and Human Rights in 2014.

These six ministries formed the steering group set up in late 2014, along with a representative from each of the following organisations and institutions: the Confederation of German Employers’ Associations, the Federation of German Industries, the Association of German Chambers of Commerce and Industry, "Forum Menschenrechte", VENRO (the umbrella organisation of German development and humanitarian aid NGOs in Germany), and the German Trade Union Confederation. The German Institute for Human Rights and econsense (the Forum for Sustainable Development of German Business) participated as advisory members of the steering group.

The National Action Plan was developed in the course of two phases: a consultation phase and a drafting phase. The launch conference held in November 2014 was attended by representatives from the business sector, trade unions, the political sector, public administration, civil society and academia. Following this conference, the German Institute for Human Rights conducted a National Baseline Assessment to determine the level of implementation of the Guiding Principles in Germany and identify gaps in their implementation. Key players from business, the political sector, civil society, associations and academia discussed the report's findings at a plenary conference in May 2015 and identified key areas for action. Hearings with experts were subsequently conducted on these priority issues. The results of these hearings were collated at the third plenary conference held in late 2015, concluding the consultation process. The Federal Government began drafting the National Action Plan in early 2016.

After an almost two-year process, which included comprehensive consultations with non-governmental stakeholders, the Federal Cabinet adopted the 2016-2020 National Action Plan for Business and Human Rights (NAP) on 21 December 2016.

The implementation of the UN Guiding Principles on Business and Human Rights is an ongoing task. Similarly, the NAP was the starting point for a process that is being continuously updated and developed. Current implementation measures of the Federal Government will thus continue as mandated by the NAP. At the same time, the Federal Government has started with the preparations for a revision of the NAP. The overarching objective remains to contribute effectively to improving the global human rights situation and to give globalisation a social face in line with the spirit of the Agenda 2030.

The revision of the NAP aims to ensure that this comprehensive policy programme, which aims at implementing the UN Guiding Principles, is in line with the requirements of the new Act on Corporate Due Diligence in Supply Chains. Effective implementation of the UN Guiding Principles also goes beyond the provisions of the new act, e.g. by including the strengthening of the state’s duty to protect, ensuring policy coherence with other action areas (e.g. promotion of foreign trade and investment and environmental and climate protection), access of those affected by human rights violations to remedial action and enabling enterprises to perform their due diligence obligations. As in the past, the NAP revision will take place in an inclusive process with the stakeholders.

Bodies supporting the implementation of the National Action Plan

Several bodies are involved in the implementation of the National Action Plan. The Federal Government set up an interministerial committee for business and human rights, with the Federal Foreign Office serving as the lead department. This committee's task is to verify the implementation and coherency of the adopted measures and drive the development of the NAP process. The main areas of its activity are measures relating to the state duty to protect and implementation of the due diligence obligations, including the planned specification of these obligations at sector level and the corresponding support services. The interministerial committee also arranges for an assessment of the level of implementation of the elements of human rights due diligence by enterprises as set forth in the National Action Plan, and closely follows the assessment.

The Federal Government's National CSR Forum under the oversight of the Federal Ministry of Labour and Social Affairs advises the interministerial committee with respect to the performance of its duties. The CSR Forum is a multi-stakeholder body which advises the Federal Government on all aspects of corporate responsibility. It comprises representatives from the political sector, business, trade unions, civil society and academia. The former steering group which was set up to draft the NAP and whose members included various stakeholders and ministries was integrated into the National CSR Forum.

The National CSR Forum closely follows the interministerial committee's activities on implementing the National Action Plan and issues recommendations for action to the Federal Government regarding the implementation and continued development of the NAP process. 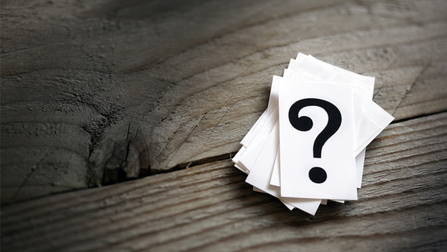 The Federal Government has compiled answers to frequently asked questions on the implementation of the National Action Plan for Business and Human Rights (NAP). The FAQ is continuously expanded and updated. Currently it is only available in German. 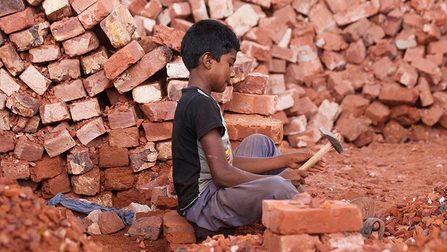 NAP in the orig­i­nal