The UN Guiding Principles on Business and Human Rights, which were adopted by consensus by the United Nations Human Rights Council in 2011, are based on three pillars:

In order to meet these standards, the UN Working Group on Business and Human Rights mandated by the Human Rights Council called on the international community to implement the UN Guidelines on Business and Human Rights, in particular by developing National Action Plans (NAPs). Since 2013 various countries have been developing and implementing NAPs for business and human rights. The development processes, the contents and the structures for implementing the plans vary from country to country, for example, in terms of the level of ambition and the priorities.

In Germany, the National Action Plan for Business and Human Rights (NAP) adopted on 21 December 2016 promotes the implementation of the Guiding Principles. At international level, a total of 24 countries have currently adopted a NAP, 19 of which are European, including 16 EU member states1. In 16 others, a formal process to develop a National Action Plan for Business and Human Rights is underway. While France, Colombia and Denmark, for example, are already implementing their own National Action Plans, countries such as Peru and India are still in the development phase. In a number of countries that have already adopted NAPs, the NAPs are currently being or will soon be reviewed in order to prepare their further development or revisions, for example in the Netherlands and Spain. Given their global supply and value chains, many German companies are also directly affected by the different regulations and policy approaches to implementing the UN Guiding Principles in different countries.

In the interests of a global level playing field and an effective strengthening of human rights protection, it is a central concern of the Federal Government that as many countries as possible implement the UN Guiding Principles with high-quality policy programmes, mostly in the form of National Action Plans. This includes deepening the common understanding of due diligence obligations in international dialogue and promoting cross-border sustainable supply chain management through practical cooperation measures. In the NAP, the Federal Government has committed itself to actively promoting the drafting of NAPs in developing and emerging countries as well, for example, by supporting national human rights institutions. With a view to the EU level, the Federal Government would like to see a European Action Plan on responsible corporate governance and human rights in supply chains that combines the measures of the EU and its member states coherently. Within the framework of the G7/G20, the Federal Government was able to ensure that a clear political commitment to the promotion of sustainable supply chains with reference to the UN Guiding Principles was included in the final declarations adopted in Elmau in 2015 (G7) and Hamburg in 2017 (G20). The Federal Government is committed to ensuring that these G7/G20 decisions are not forgotten. 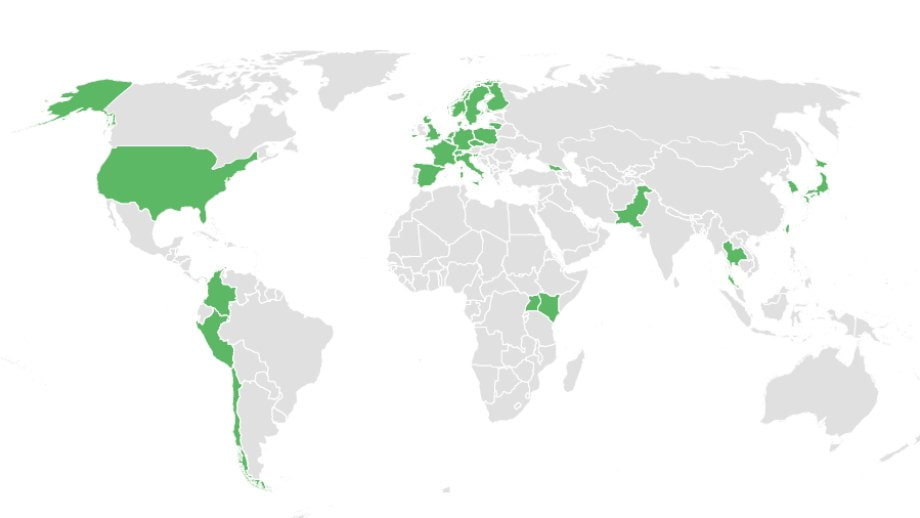 Currently 24 countries have adopted a National Action Plan on Business and Human Rights.

Currently, 16 countries are developing a NAPs on business and human rights.